There are various methods for calculating friction losses when pumping slurries, some more complex than others. The one thing to keep in mind however is that, because of the infinite number of different combinations of particle sizes, which can occur in slurries, it is very difficult to predict correct friction losses by any means. However, the method shown here produces values, which are good enough for short pipelines. More rigorous treatment – and certainly some test work - is required for long pipelines. 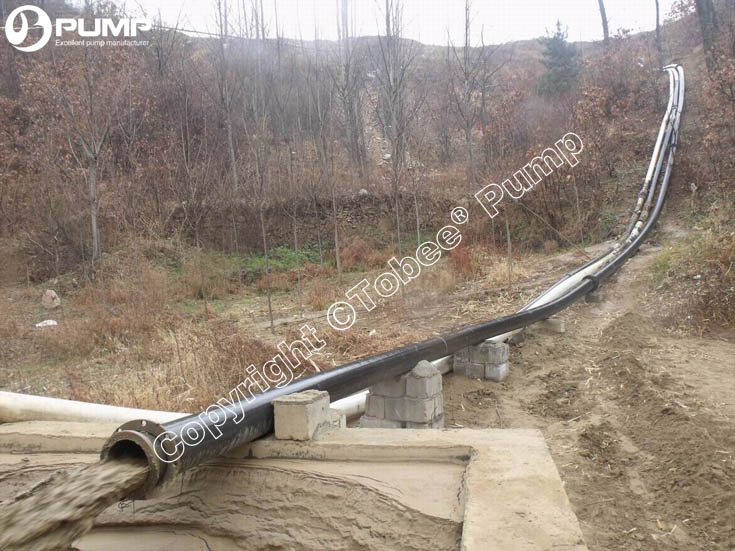 The great majority of solids pumping applications occur in mining and mineral processing plants where pipelines are relatively short, say up to a few hundred metres and static heads are also not excessive, say up to 30 metres. It is usual in such cases to use some simplified methods for predicting friction losses. In most cases these calculations produce results that are sufficiently close, say within 5%, to the actual requirements.

It is very common in these same plants to use pulley and belt drives between motors and pumps. The main reason for this is that duties often change - and mostly upwards - after initial installation. If the pump speed is not sufficient, it is then only a matter of changing one of the pulleys to get an increased speed, a higher throughput and, alas, also a higher power consumption. To cater for such power changes, it is strongly recommended to select the initial motors with sufficient reserve power, say some 10% to 20% above the initial calculated requirement. This extra power is also handy in correcting mistakes which invariably happen due to uncertainties in friction loss predictions, as mentioned above. A bigger motor is slightly more expensive but the confidence it generates is priceless.

For longer pipelines or for unusual applications, it would take a very brave and experienced engineer and a very trusting plant owner/operator to approve the construction of an expensive pipeline based only on calculations. In all critical cases some amount of test work is absolutely necessary.

The first thing we have to determine is the limiting settling velocity VL for the required mass flow M of solids. Pumping solids at high concentrations Cw requires small flow rates Q and small pipe diameters D, and the opposite holds with low concentrations. Usually only one combination will satisfy the required VL. This is done by means of the Durand method, or by Wilson’s if preferred, or by test work.

To use Durand, proceed as follows:
(1) For a fixed solids mass flow M, select a value of Cv and calculate the corresponding Q.
(2) Select a standard pipe of inner diameter D.
(3) Obtain from the Durand diagram the corresponding VL and multiply it by the pipe cross-section to obtain the limiting flow rate QL.
(4) If Q is some 10 to 15% larger than QL, the pipe diameter is correct and the solids will not settle during pumping.
(5) If Q is equal to or smaller than QL select the next smaller pipe diameter and return to step 3.
(6) If no reasonable pipe diameter satisfies the set requirements, select another value of Cv and return to step 1.

We now have a starting point (see Fig.6.2). Static Head Z is here assumed to be zero. If Z is positive (or negative), it must be drawn as a straight line, parallel to the bottom of the graph at a distance Z above (or below) the base. The left point of the water resistance curve then starts from this Z line instead of from zero.