Dredging is a whole field to itself and it would justify its own Manual. In dredging, particle size distribution and solids concentrations vary continuously and so do limiting settling velocities. There is therefore not much sense using any complicated methods for predicting friction head losses. By skilfully manoeuvring the dredge and its suction pipe (below the water surface) into dredging deposits and out of them, a good dredge master can ensure that the dredge operates at its top mass flow capacity without blocking the pipeline. 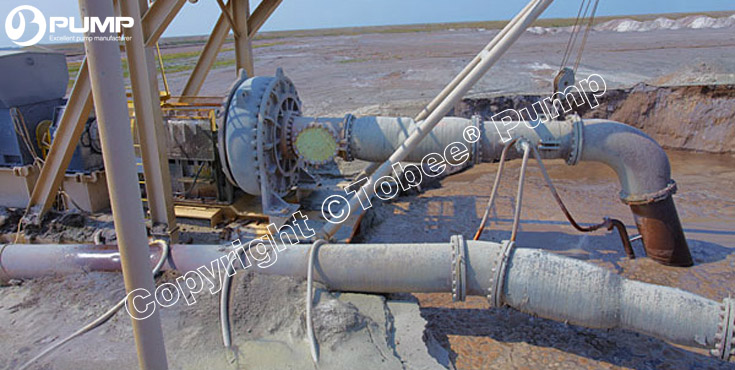 The Colorado School of Mines developed a simple method for predicting slurry friction heads in dredging pipelines, based on losses when pumping water. First draw the system resistance curve for water (m water) as explained above. Next select a factor from Table 6.2, corresponding to the worst expected dredged material. Then multiply water heads at various flow rates by this factor and draw the slurry friction curve (m slurry). Finally add the static head to the friction curve to get the total system resistance curve Hm-Q, as usual. 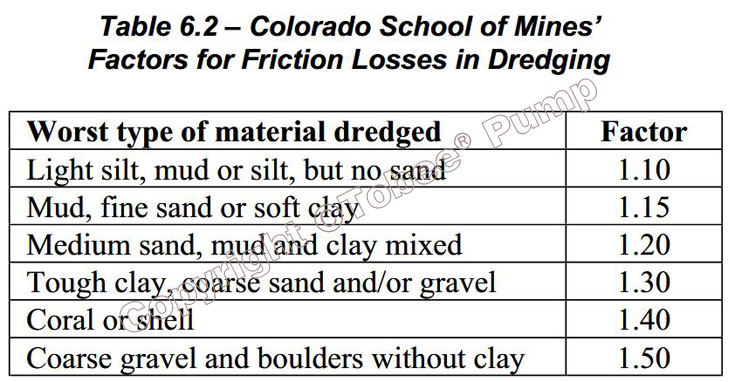